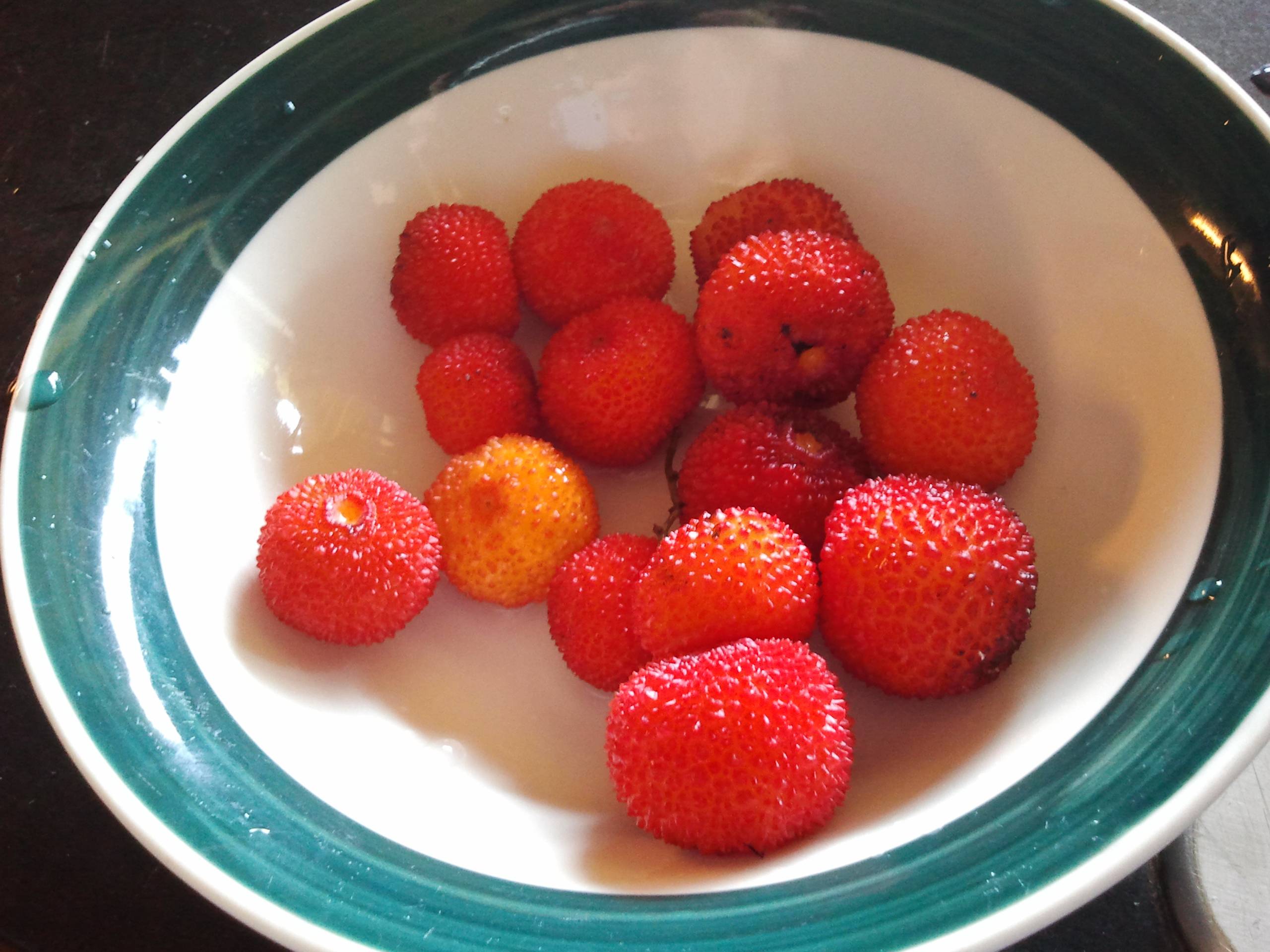 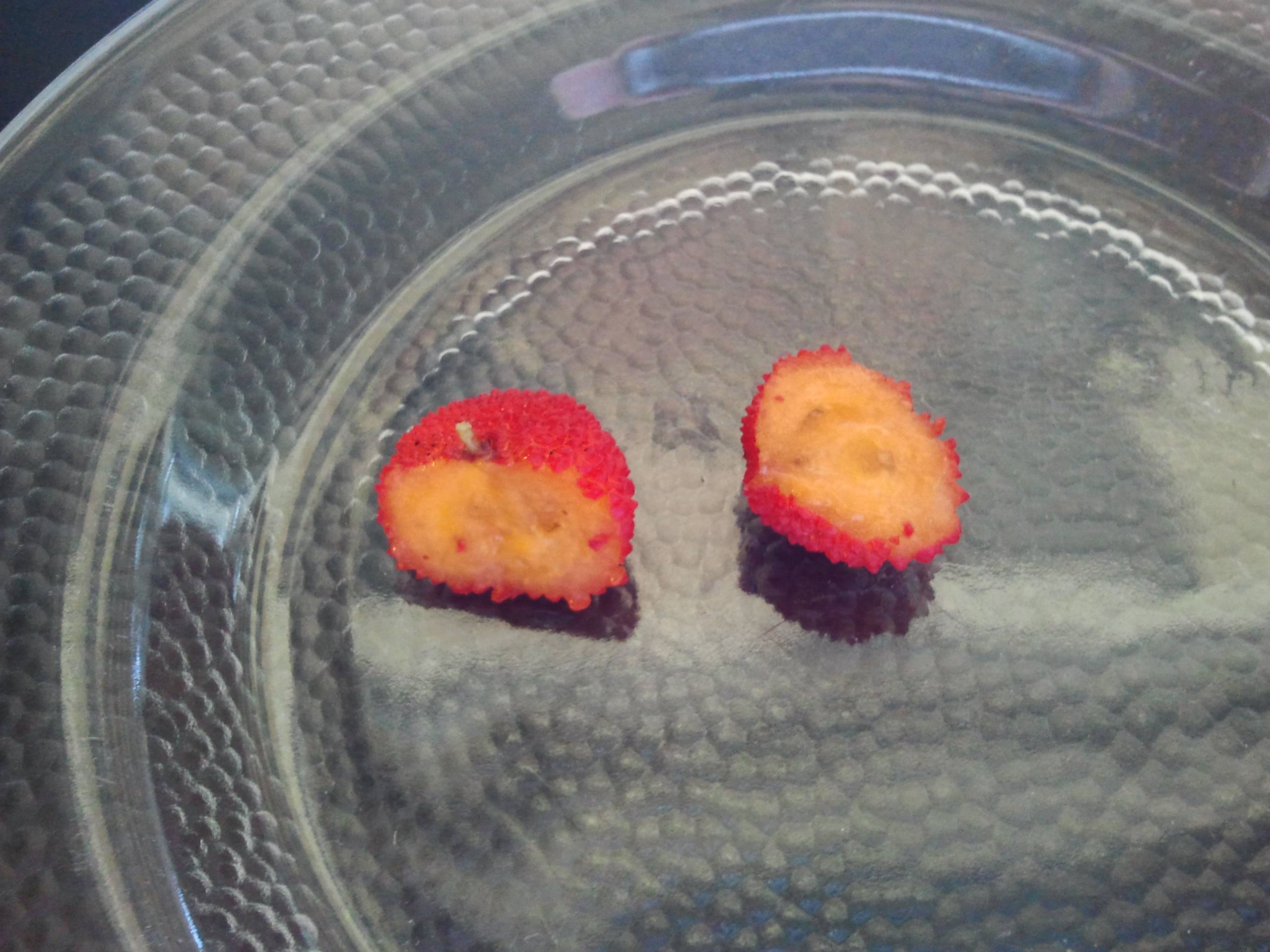 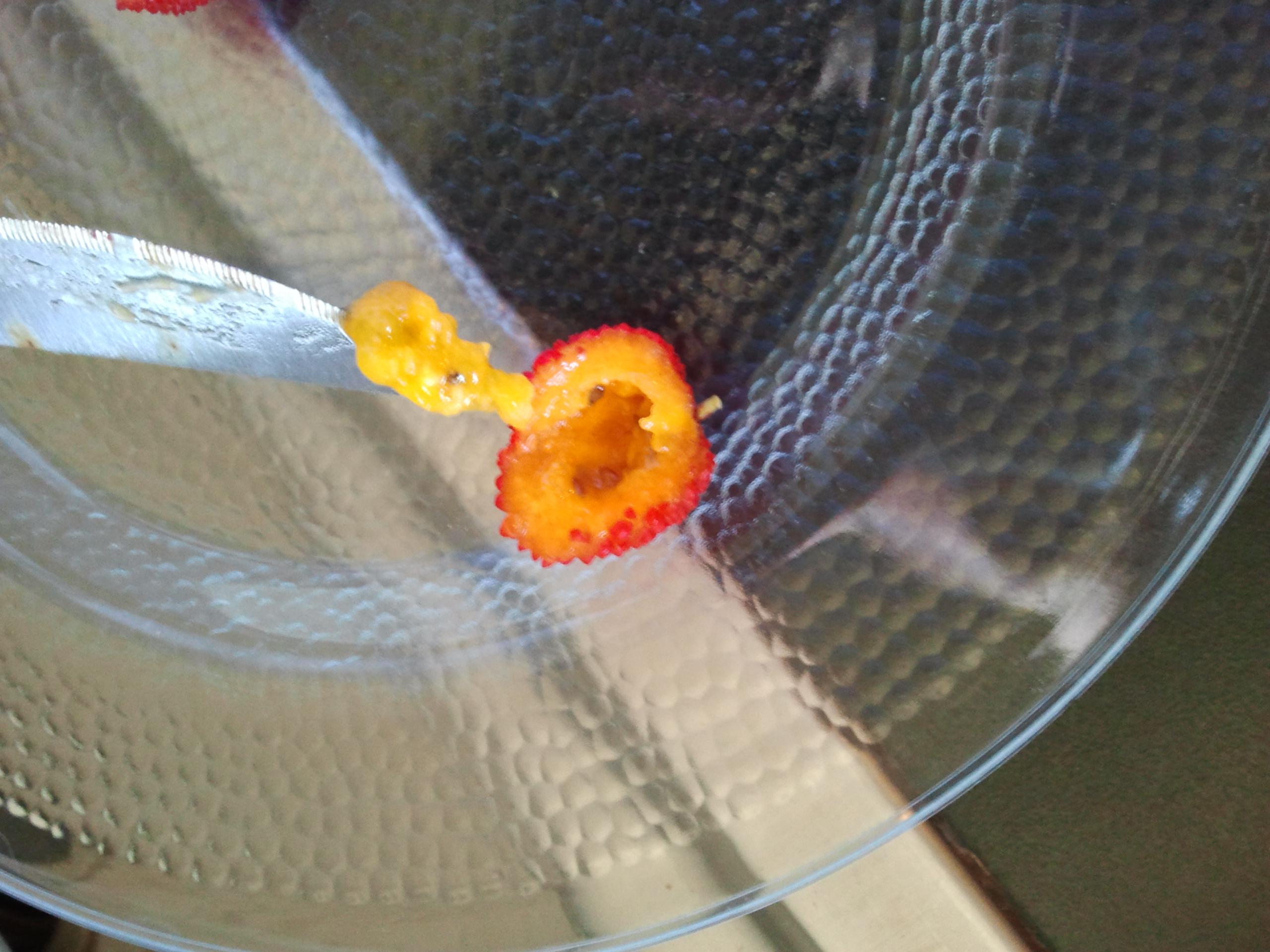 Just spotted this fruit while walking to school. It's the size of a small coin.The taste is almost sour and tangy and somewhat sweet (I only tried one of them and very little of it). I admit, I've never seen it before. Does anyone know what this is?

It's probably Arbutus unedo, strawberry tree. Native to Mediterranean region and some part of western Ireland.

Edit: I've just spot that you found it in California, so it's probably one of north american Arbutus species, eg. Arbutus menziesii.