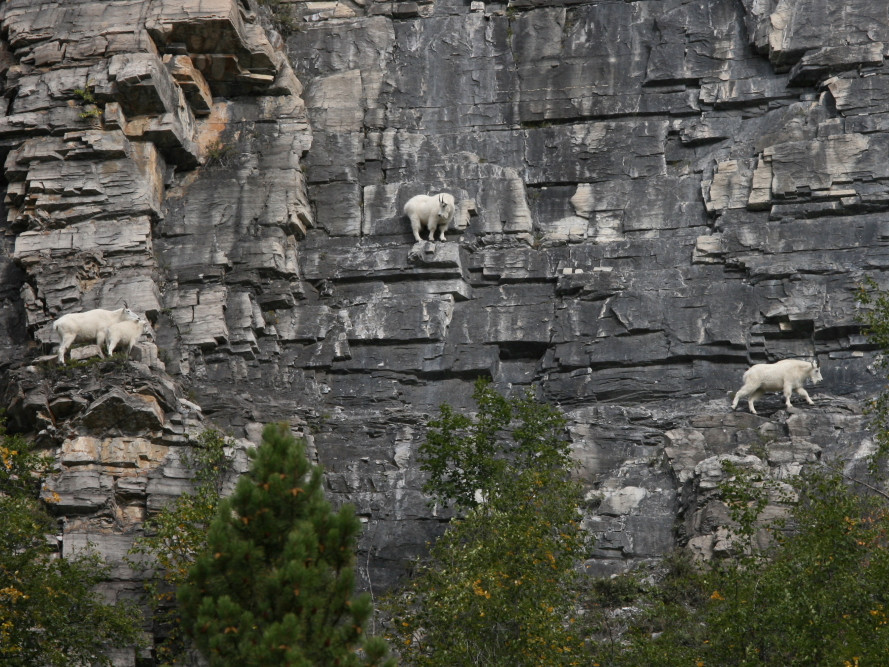 As you see in the picture goats (not only wild goats) are so fearless, but I never saw any sheep do this. What is the source of this difference in behavior? 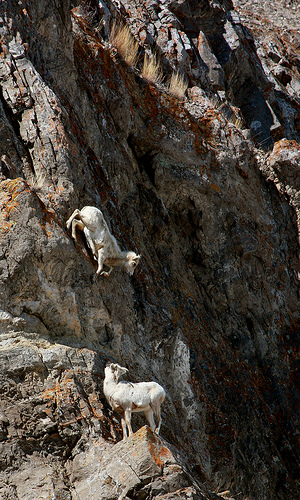 2. English common names are misleading when it comes to the genetic differences between goats and sheep

You posted a picture of Mountain Goats (Oreamnos americanus), which are a different genus than Domestic Goats (Capra aegagrus). Both Capra and Oreamnos are members of the Subfamily Caprinae, as are Domestic Sheep (Ovis aries).

Within Caprinae, Capra and Ovis are actually more related to each other than either one is to Oreamnos, despite the confusing way that we parcel out English common names. Oreamnos is, in fact, more closely related to the Musk Ox! (Here's the Tree of Life page that shows the phylogeny of Caprinae).

The Domestic Sheep genus Ovis also includes mountain species such as the Bighorn Sheep Ovis canadensis, which is plenty fearless. See the Bighorn Sheep above, and in this incredible photo, or in this one which is a very similar setting to the one you posted. For what it's worth, the Domestic Goat genus Capra also includes cool mountain species, such as the Ibex.

Edit: the differences in behaviour between the domestic goat and sheep would be a combination of the initial differences between wild Ovis and Capra and the coevolutionary process of domestication; where humans shape niches to fit animals and animals to fit niches. It's possible that there has been more neotenization in the domestication of sheep, in which individuals who show immature characteristics are successfully selected for. See also this other question on apple and pear domestication.